Manga: When Will Ayumu Make His Move? vol. 1 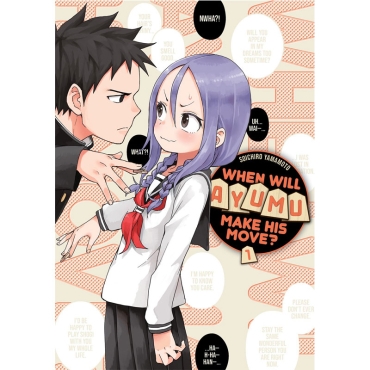 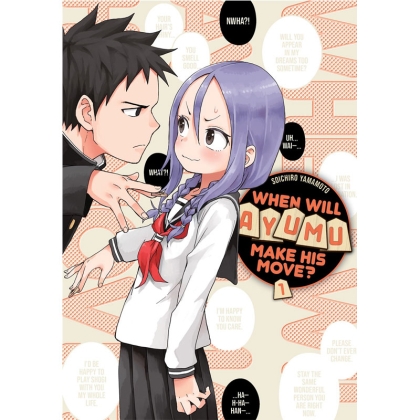 Manga: When Will Ayumu Make His Move? vol. 1

The new will they-won't they romance from the creator of Teasing Master Takagi-san is here! Ayumu is in love with his senpai Yaotome, but he's sworn not to confess his feelings until he can beat her at the board game shogi... The problem is, his love is obvious to Yaotome, and she can't stop trying to trick him into breaking his vow! Fall in love again, fans of Don't Toy With Me, Miss Nagatoro, Komi Can't Communicate, and Shikimori's Not Just a Cutie!

Yaotome's the cute president of the shogi (Japanese chess) club at her high school, and she's pretty sure that her underclassman Ayumu, the only other member, has a huge crush on her. They get together to play shogi every day after school, but no matter what she does, she can't seem to coax or trick him into confessing his feelings! What she doesn't know is that Ayumu has made a pact with himself to reveal his love after he's beaten Yaotome at shogi for the first time. Yet there's one big issue with this plan...he really sucks!

This lighthearted comedy teaches the reader how to play shogi (better than Ayumu) while delivering the laughs readers expect from the creator of Teasing Master Takagi-san!