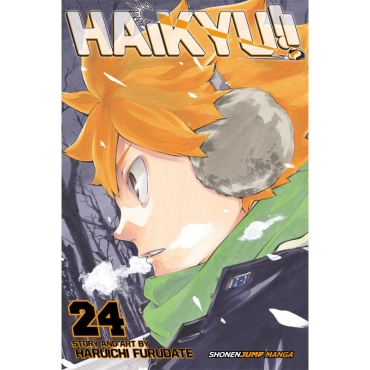 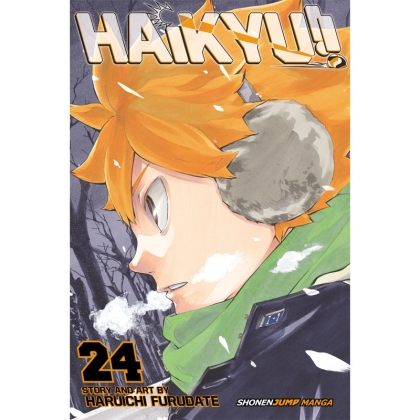 Shoyo Hinata is out to prove that in volleyball you don't need to be tall to fly!

Ever since he saw the legendary player known as "the Little Giant" compete at the national volleyball finals, Shoyo Hinata has been aiming to be the best volleyball player ever! Who says you need to be tall to play volleyball when you can jump higher than anyone else?

Karasuno has qualified for the Spring Tournament! The team buckles down to practice harder than ever, but suddenly Kageyama is invited to participate in the All-Japan Under 19 Youth Training Camp, while Tsukishima is invited to the Miyagi Prefecture Rookie Camp! Overflowing with jealousy and inspired by an offhanded comment made by Yamaguchi, Hinata takes it upon himself to get in on the action and crash the rookie training camp!

The manga behind the hit volleyball anime about a boy who has a dream to overcome his physical limits and fly.