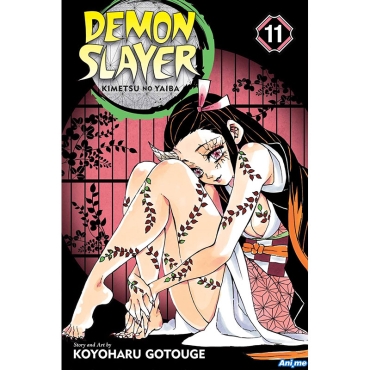 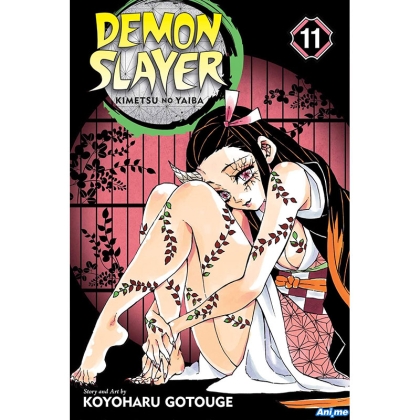 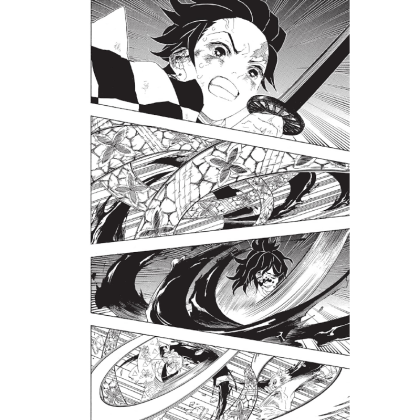 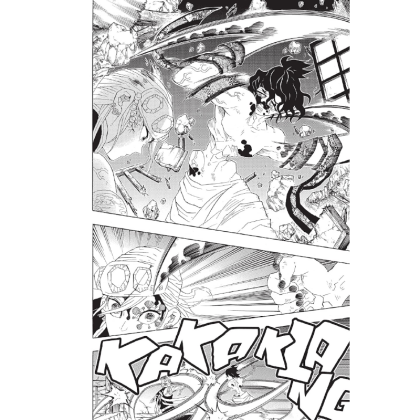 Tanjiro sets out on the path of the Demon Slayer to save his sister and avenge his family! In Taisho-era Japan, Tanjiro Kamado is a kindhearted boy who makes a living selling charcoal.
But his peaceful life is shattered when a demon slaughters his entire family. His little sister Nezuko is the only survivor, but she has been transformed into a demon herself!
Tanjiro sets out on a dangerous journey to find a way to return his sister to normal and destroy the demon who ruined his life.
The battle against the powerful sibling demons Gyutaro and Daki is not going well.
Although finally able to fight alongside Tanjiro against the monsters, Zenitsu, Inosuke and even the Hashira Tengen Uzui may all be overwhelmed.
Battling even one of Lord Muzan's Twelve Kizuki is hard enough-can Tanjiro face two of them alone?