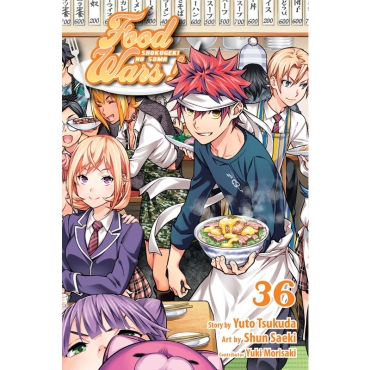 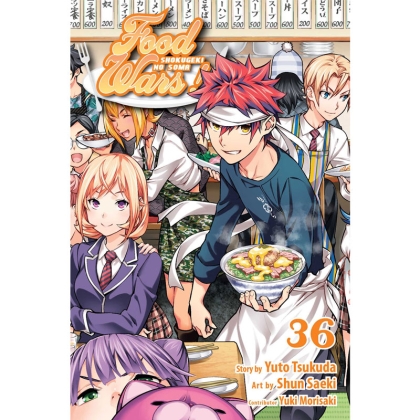 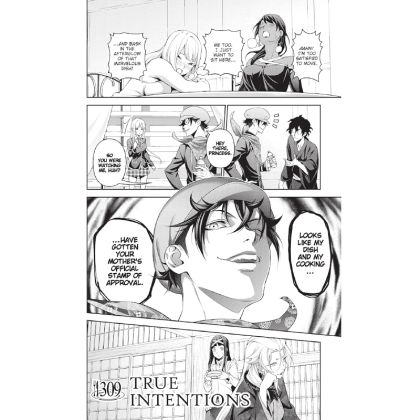 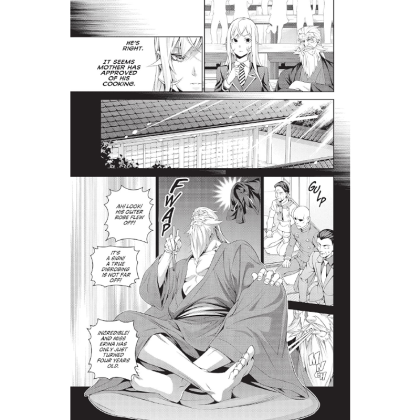 An action-packed, saucy food comedy featuring one boy's determination to be top chef! Soma Yukihira's old man runs a small family restaurant in the less savory end of town. Aiming to one day surpass his father's culinary prowess, Soma hones his skills day in and day out until one day, out of the blue, his father decides to enroll Soma in a classy culinary school! Can Soma really cut it in a place that prides itself on a 10 percent graduation rate? And can he convince the beautiful, domineering heiress of the school that he belongs there at all?! The world-renowned gourmet tournament the Blue reaches its climax. Soma clashes with noir chef Asahi in a battle to create the one thing Book Master Mana wants most-a dish the world has never seen! But will this battle do anything to mend Mana and Erina's strained mother-daughter relationship? The revolutionary food battle manga comes to a thundering conclusion!