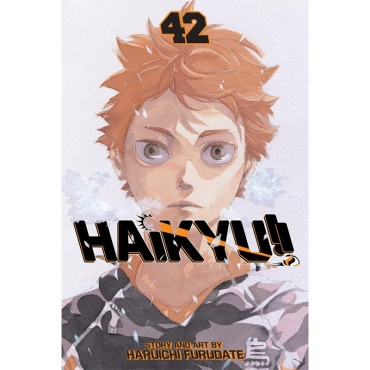 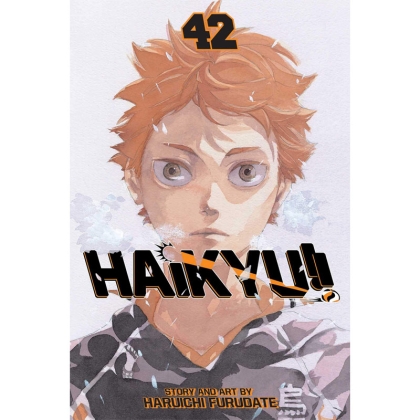 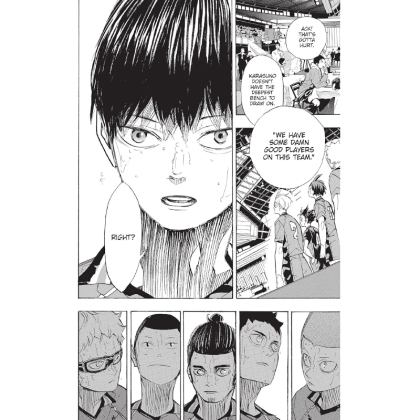 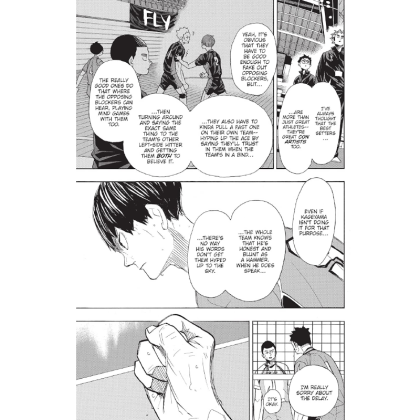 Shoyo Hinata is out to prove that in volleyball you don't need to be tall to fly!

Ever since he saw the legendary player known as "the Little Giant" compete at the national volleyball finals, Shoyo Hinata has been aiming to be the best volleyball player ever! Who says you need to be tall to play volleyball when you can jump higher than anyone else?

Hinata is removed from the game with a fever, leaving Karasuno to battle it out with Kamomedai in the final set without their biggest scorer! Distraught at not being able to be there for his teammates, Hinata watches the rest of the game via broadcast. What does he see from the outside of the court? The Spring Tournament arc comes to an end!