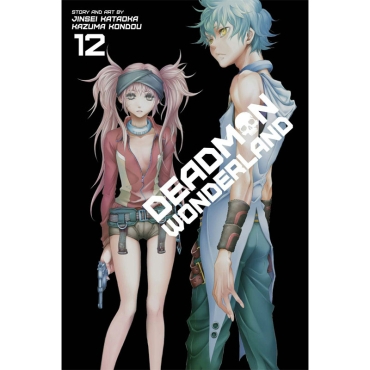 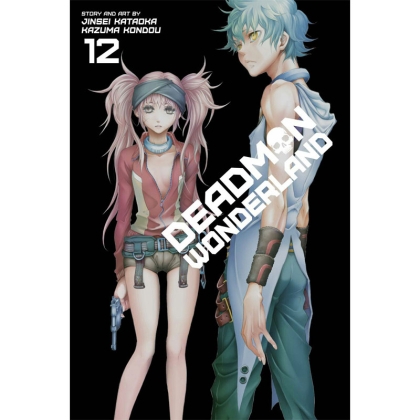 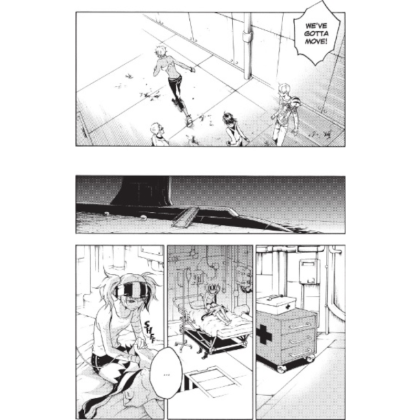 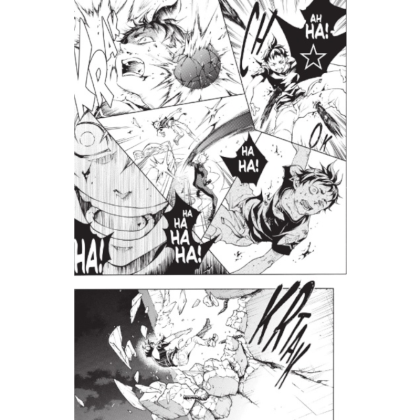 Framed for the brutal murders of his classmates by the mysterious Red Man, middle school student Ganta Igarashi finds himself sentenced to death and sent to the bizarre and fatal theme park/prison that has risen from the ruins of the Great Tokyo Earthquake - a hell on earth known as Deadman Wonderland.

Thanks to Ganta returning to the battle, Senji narrowly escapes death battling Toto Sakigami. Still, Toto's power is so overwhelming they remain at a disadvantage. Using a clever strategy, Ganta is able to land a timely strike against Toto, and Senji quickly follows up by slicing him along with the building. Toto is assumed to be crushed to death by the collapsed structure, but is he?