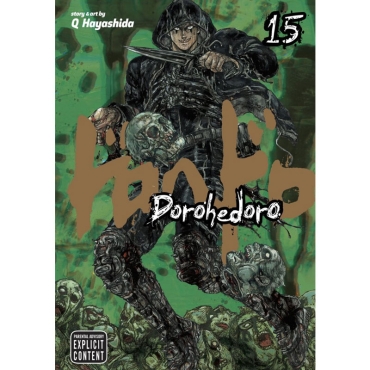 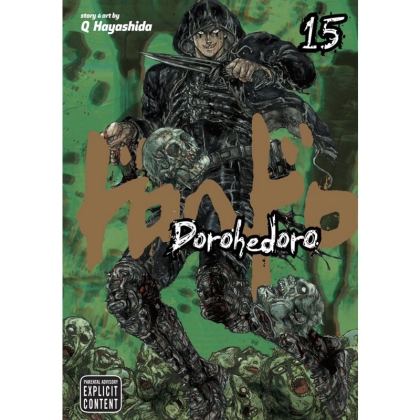 A blood-spattered battle between diabolical sorcerers and the monsters they created.

In a city so dismal it's known only as "the Hole," a clan of Sorcerers has been plucking people off the streets to use as guinea pigs for atrocious "experiments" in the black arts. In a dark alley, Nikaido found Caiman, a man with a reptile head and a bad case of amnesia. To undo the spell, they're hunting and killing the Sorcerers in the Hole, hoping that eventually they'll kill the right one. But when En, the head Sorcerer, gets word of a lizard-man slaughtering his people, he sends a crew of "cleaners" into the Hole, igniting a war between two worlds.

Who's the boss? Things are getting weird in En's former mansion. The Cross-Eyes realize their boss has been transformed into a pie, of all things, and scramble in an all-out effort to save him. Meanwhile, Kasukabe has entered the former En mansion and has witnessed Kai's secret experiments. The numerous heads of magic users...the meanings of which are slowly coming to light. It might be the beginning of the end - the countdown to the final truth has begun!