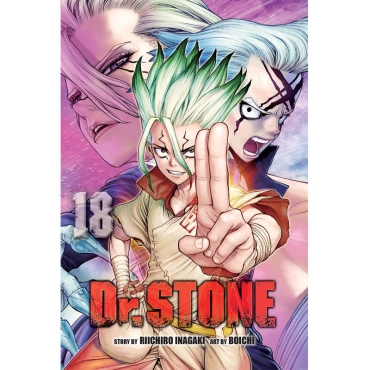 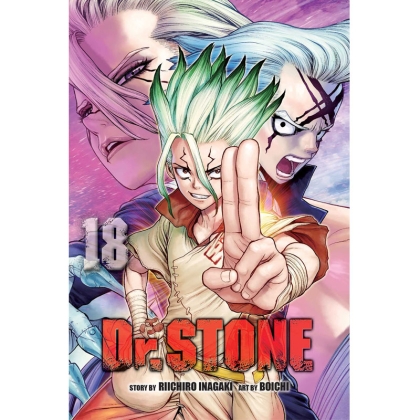 One fateful day, all of humanity turned to stone. Many millennia later, Taiju frees himself from the petrification and finds himself surrounded by statues. The situation looks grim—until he runs into his science-loving friend Senku! Together they plan to restart civilization with the power of science!

It’s the Kingdom of Science versus the Kingdom of Science! This showdown between Senku and Dr. Xeno is a race to see which side can take down the enemy’s science leader first! Despite the revelation of Dr. Xeno’s unexpected history and connection with Senku, Stanley’s deadly sniper rifle is already aimed right at the Perseus!