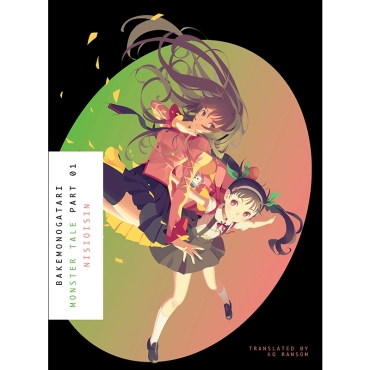 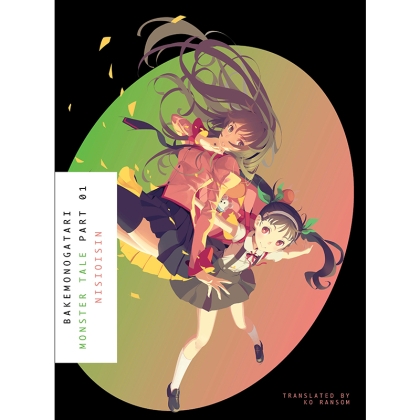 The three-part start of NISIOISIN's top selling MONOGATARI series. A collection of novella length stories that launched a multimedia phenomenom.
There’s a girl at their school who is always ill. She routinely arrives late, leaves early, or doesn’t show up at all, and skips gym as a matter of course. She’s pretty, and the boys take to whispering that she’s a cloistered princess. As the self-described worst loser in her class soon finds out, they just don’t know what a monster she is.

So begins a tale of mysterious maladies that are supernatural in origin yet deeply revealing of the human psyche, a set of case files as given to unexpected feeling as it is to irreverent humor. So begins the legendary novel that kicked off the MONOGATARI series, whose anime adaptations have enjoyed international popularity and critical acclaim.

This first of three parts introduces Senjogahara and Hachikuji, and fans of the blockbuster prequel KIZUMONOGATARI will be delighted to meet their favorite crazies again: the weirdly reliable narrator Araragi, class president among class presidents Hanekawa, shady problem-solver Oshino, and a certain pale, blonde former vampire.