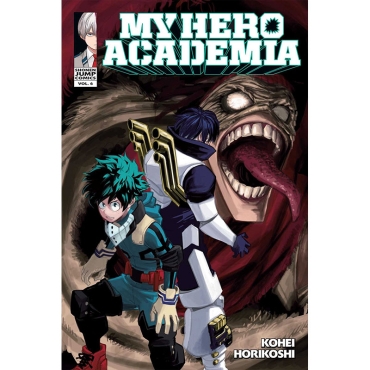 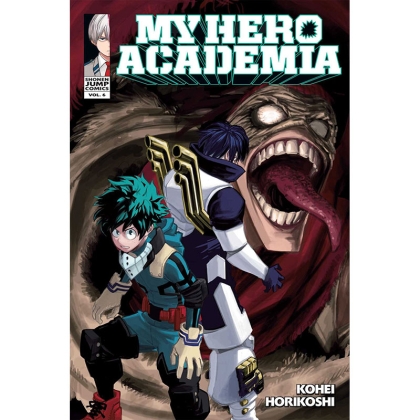 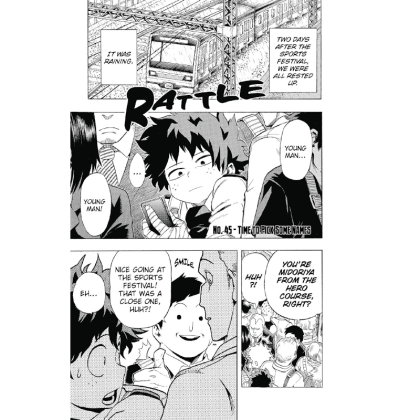 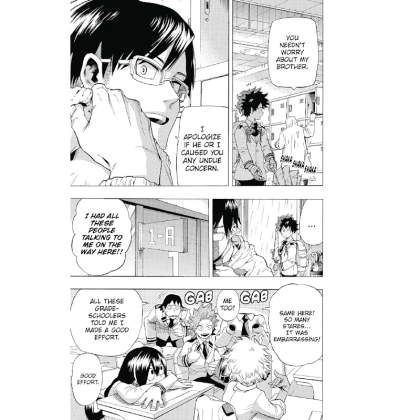 What would the world be like if 80 percent of the population manifested superpowers called “Quirks”? Heroes and villains would be battling it out everywhere! Being a hero would mean learning to use your power, but where would you go to study? The Hero Academy of course! But what would you do if you were one of the 20 percent who were born Quirkless? In the aftermath of the sports festival, the class 1-A students begin their internships. Midoriya goes to study under Gran Torino, who was once All Might’s mentor. Gran Torino appears to be a washed-up nutjob, but the old hero still has more moves than a football team, and Midoriya has a lot to learn! Elsewhere, the League of Villains enacts another sinister plot and unleashes a terrifying new enemy!