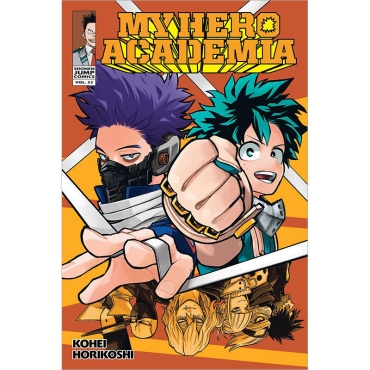 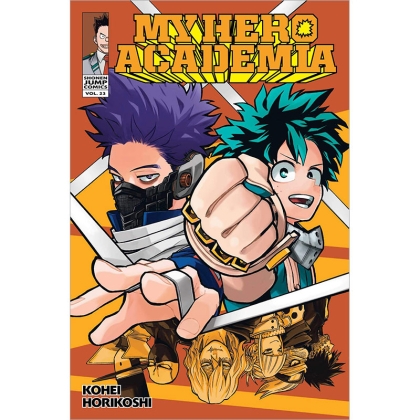 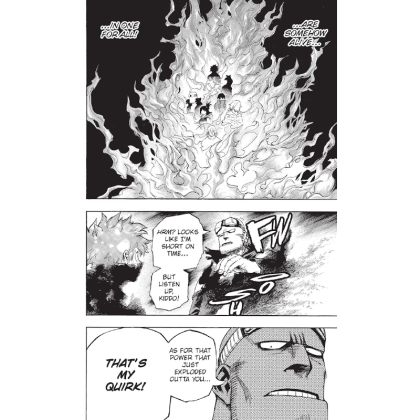 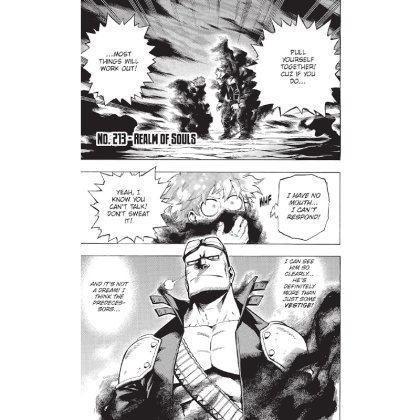 Midoriya inherits the superpower of the world's greatest hero, but greatness won't come easy. What would the world be like if 80 percent of the population manifested superpowers called "Quirks"? Heroes and villains would be battling it out everywhere! Being a hero would mean learning to use your power, but where would you go to study? The Hero Academy of course! But what would you do if you were one of the 20 percent who were born Quirkless? The final match of the battle training between Class A and Class B continues. Zapped by Shinso's mind control, Midoriya enters a fugue state where he meets one of the former users of One For All. What powerful Quirks have yet to be unlocked? Midoriya will surely need the full potential of One For All someday, but in the meantime, a new enemy-the Meta Liberation Army-begins to make its moves.