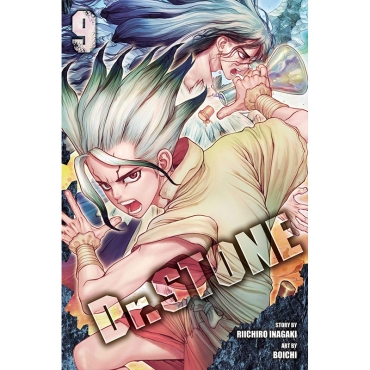 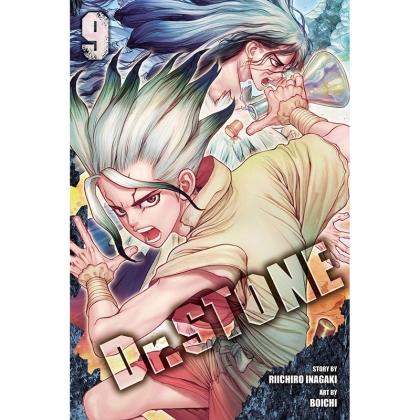 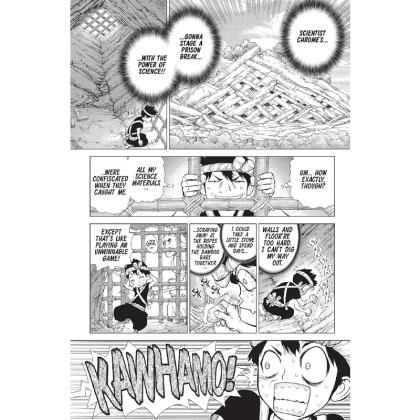 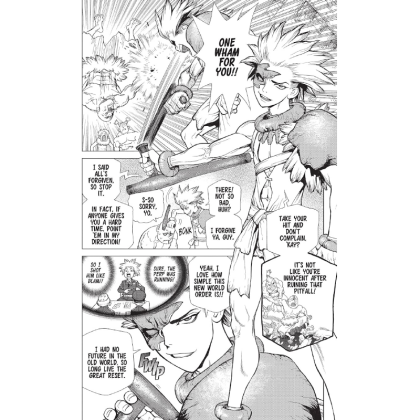 Imagine waking to a world where every last human has been mysteriously turned to stone... One fateful day, all of humanity turned to stone. Many millennia later, Taiju frees himself from the petrification and finds himself surrounded by statues. The situation looks grim-until he runs into his science-loving friend Senku! Together they plan to restart civilization with the power of science! It's the final showdown between the Kingdom of Science and the Tsukasa Empire! Senku and his allies are ready to steal back the miracle cave, but the entire operation hinges on the first 20 seconds of battle! Which will lead humanity into the future-science or strength? The fateful countdown starts now!