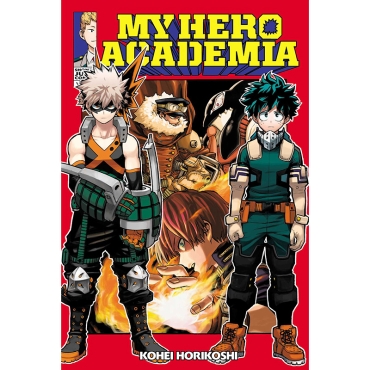 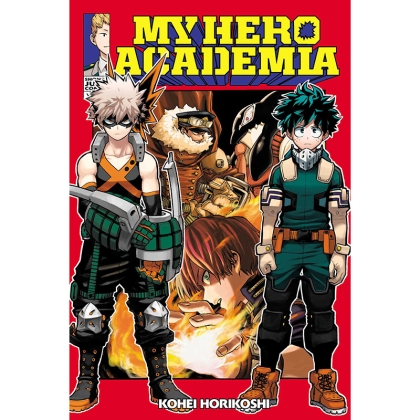 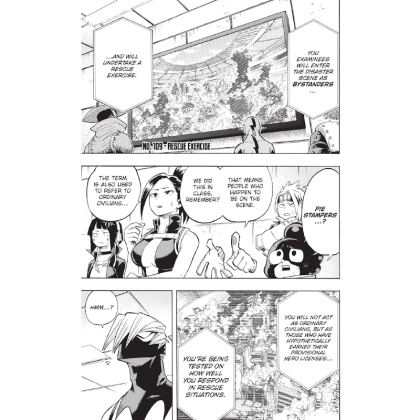 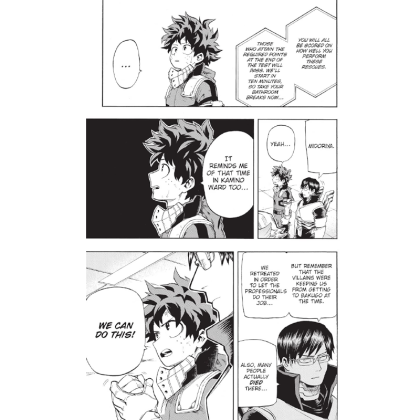 What would the world be like if 80 percent of the population manifested superpowers called “Quirks”? Heroes and villains would be battling it out everywhere! Being a hero would mean learning to use your power, but where would you go to study? The Hero Academy of course! But what would you do if you were one of the 20 percent who were born Quirkless?

The students of Class 1-A have reached another milestone—the Provisional Licensing Exam. After making it through the first part of the test, they ready themselves for the next phase, which takes place in a simulated disaster area. Midoriya and his friends have to rescue as many victims as they can, and although the students of rival Shiketsu High are technically supposed to be helping, competition between them is fierce and even dangerous! As the scenario unfolds and actual villains arrive to shake things up, the U.A. students will have to find new ways to work with each other and make use of their Quirks.