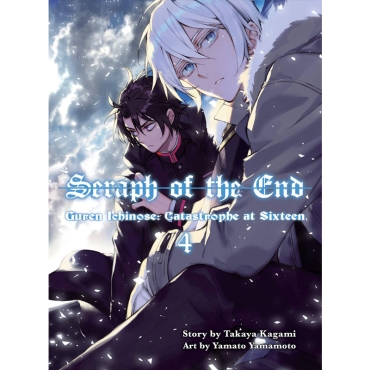 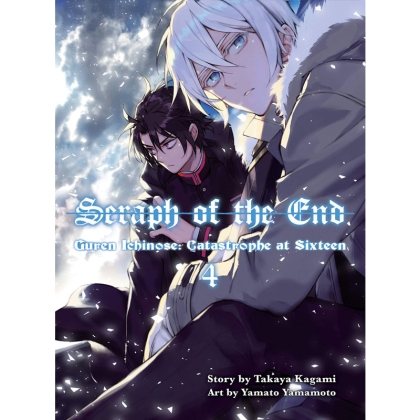 Seraph of the End is a novelized prequel of the hit manga series of the same name, published by Viz Media, and detailing the series of events that occurred eight years before the start of the manga.

As the major clans of the Imperial Demons mount an apparent all-out revolt against the ruling Hiragi dynasty, Guren, Shinya, and company are no longer sure they're the protagonists of the story unfolding around them. What is their true destiny--and is fulfilling it even desirable?
In this concluding volume, which pulls no punches, find out how and why a world that's been inviting utter ruin meets it at last.