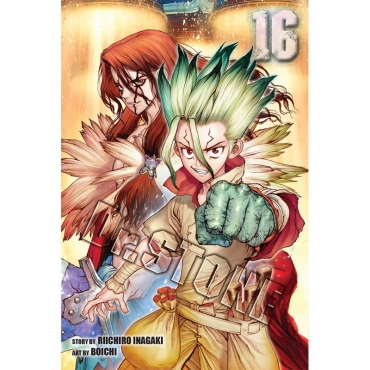 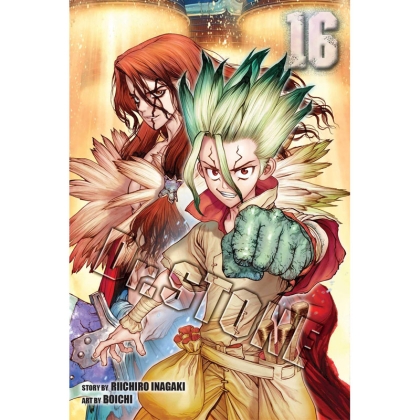 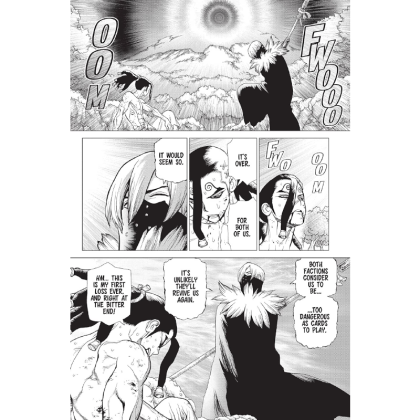 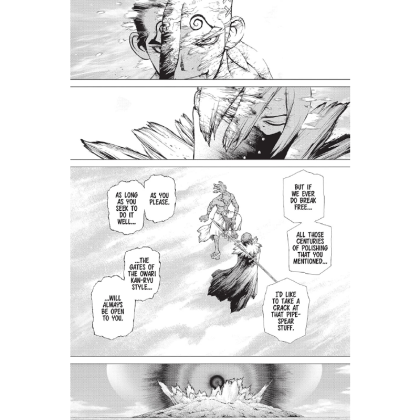 One fateful day, all of humanity turned to stone. Many millennia later, Taiju frees himself from the petrification and finds himself surrounded by statues. The situation looks grim-until he runs into his science-loving friend Senku! Together they plan to restart civilization with the power of science!