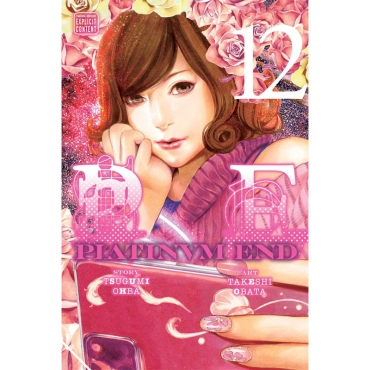 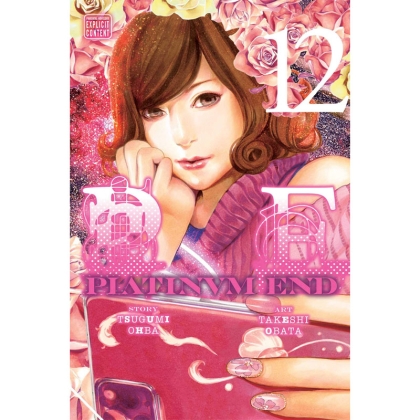 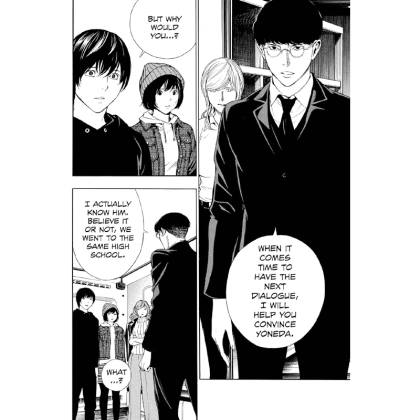 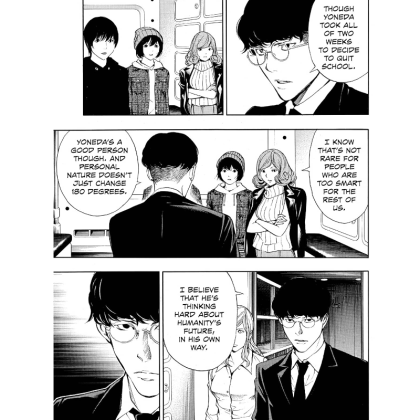 Just when it looked like the god candidates might come to an agreement, one of them is suddenly assassinated. Now Professor Yoneda seems to be in control of the entire god selection process. Will the remaining candidates yield to Yoneda's desire to rid humanity of fake gods, or does Mirai have a different plan in mind...?