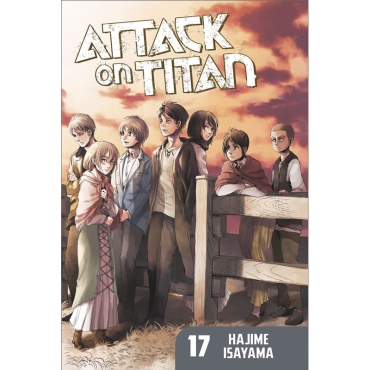 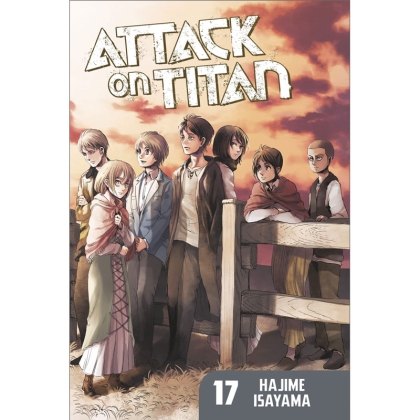 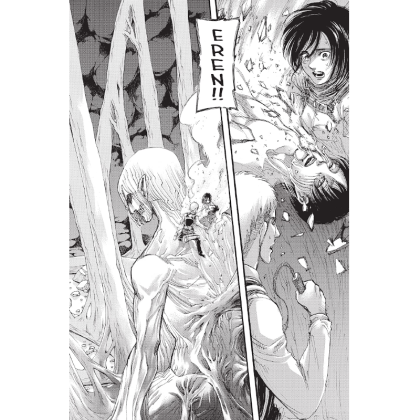 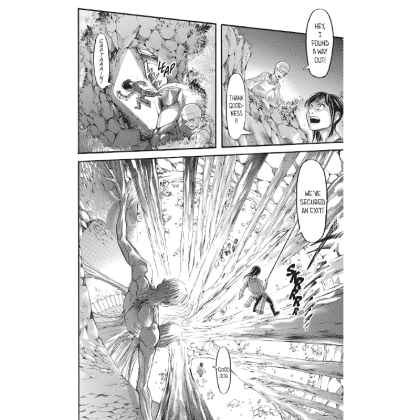 ESCAPE FROM KING TITAN
Thanks to Rod Reiss, Eren finally knows the terrible truth behind how he acquired his Titan powers, and the depth of his father's crimes. The king orders his daughter Historia to kill Eren and restore the power of the Titans to its rightful place, but she chooses her own selfish path: survival. As the cavern crumbles around the Survey Corps, Eren must make another last-minute decision, with the lives of all his friends in the balance.

Attack on Titan is the award-winning and New York Times bestselling series that is THE manga hit of the decade! Spawning the monster hit anime TV series of the same name, Attack on Titan has become a pop culture sensation.