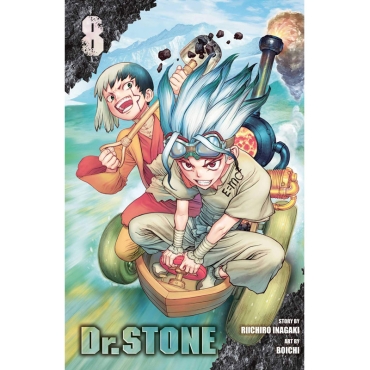 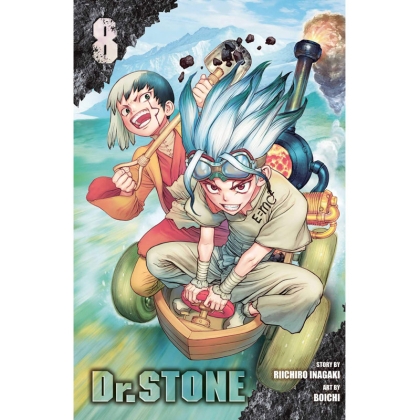 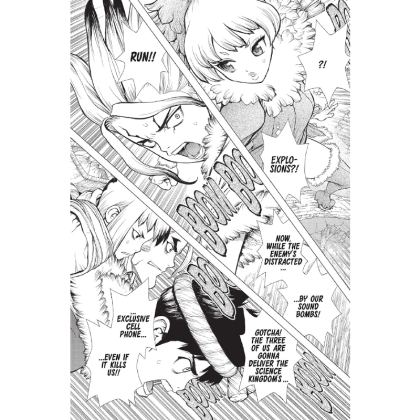 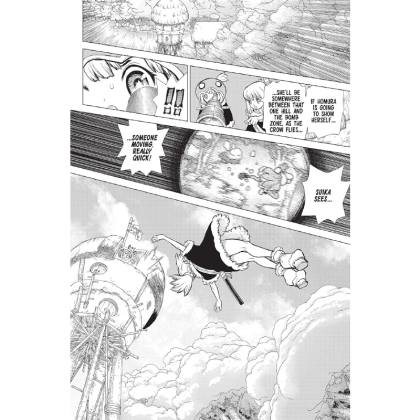 One fateful day, all of humanity turned to stone. Many millennia later, Taiju frees himself from the petrification and finds himself surrounded by statues. The situation looks grim-until he runs into his science-loving friend Senku! Together they plan to restart civilization with the power of science! Thanks to Chrome infiltrating Tsukasa's camp, Senku might be able to secretly connect with his friends who are acting as moles! But will they answer his call? Meanwhile, Senku and others are working feverishly to prepare yet another weapon of science-a car!